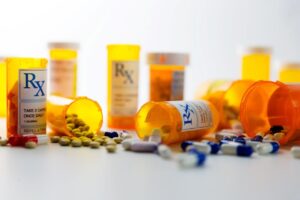 U.S. drug makers and their allies spent more than $880 million in lobbying expenses and political contributions to influence the nation’s response to a growing epidemic of drug overdoses tied to prescription painkillers, an investigation by The Associated Press and the Center for Public Integrity has found.

Internal documents and public disclosure reports reveal that the pharmaceutical industry spent more than eight times what the gun lobby spent between 2005 and 2015 to weaken and/or block legislation in Congress and statehouses nationwide.

“The opioid lobby has been doing everything it can to preserve the status quo of aggressive prescribing… They are reaping enormous profits from aggressive pricing,” Dr. Andrew Kolodny, founder of Physicians for Responsible Opioid Prescribing, told reporters from the AP and Center for Public Integrity.

Other findings from the investigation:

In response, representatives from the industry and allied groups said they are focused on making sure that people dealing with chronic pain or debilitating disease continue to have access to pain medication. However, according to the AP and Center for Public Integrity reports, the industry fought to kill legislation even when it specifically exempted cancer patients from drug restrictions.

To learn more about what’s driving up the cost of prescription medications of all types, check out the “High RX Costs” issues page on the Voices for Affordable Health website. Be sure to sign up for email updates.

©2023 Voices For Affordable Health. All rights reserved. Email us at [email protected]