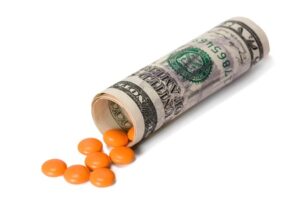 As health care costs continue to rise, many Americans face difficult decisions about their health and financial well-being. According to a new Pew Research study, prescription drug spending rose 26.8 percent between 2012 and 2016. The increase left Americans spending more money on prescription drugs than residents of any other country.

The growth is largely due to the introduction of new specialty drugs, such as those to treat hepatitis C and various forms of cancer, the study found. The National Opinion Research Center (NORC) at the University of Chicago also found that hospital prescription drug spending per admission increased by 18.5 percent between 2015 and 2018, with outpatient prescription drug spending up 28.7 percent during the same period.

This unfortunate trend is likely to continue. According to RevCycle Intelligence, prescription drug costs will rise an estimated 3.8 percent in 2020. The Center for Medicare and Medicaid Services (CMS) also projects that retail prescription spending will continue to outpace growth in other types of health care spending through 2026.

Can your family’s budget handle increases in your prescription drug costs? Have you ever put off a trip to the doctor or pharmacy because you dreaded paying the bill? Share your story with Voices for Affordable Health.

©2021 Voices For Affordable Health. All rights reserved. Email us at [email protected]